Android 3.0 also known as HoneyComb hasn’t been officially launched but a preview of it has been unveiled to the public. Though we are still waiting for the iPad 2, the new Android 3.0, the next generation of the Android Family is now built for Tablet PCs… Since the previous and current versions of Android even though many tablets out there offers, Android 2.1, 2.2 and 2.3 installed… those versions are built for Mobile Phones and are not optimized for the use of Tablet PCs. But now Android is here to take the challenge of taking the road where the iPad is dominating and so far with what I’ve have seen it will be a pretty good fight, though as I’ve said we are still waiting for the 2nd Generation of the iPad. So this is pretty interesting how Steve Jobs will react with this.

So for now just watch the preview below and be amazed of what the Android 3.0 HoneyComb can do you with your Future Tablet this year.

Though not yet released but here’s one Tablet that has the power of the new Android 3.0 HoneyComb… the Motorola Xoom.

So what do you think? Does Android 3.0 HoneyComb has the power to defeat the iPad? 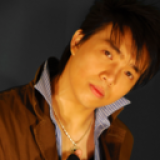