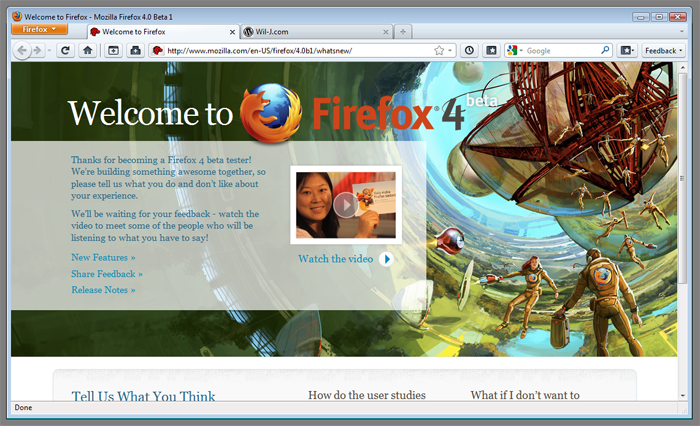 Firefox 4 Beta (version 1) considered to be stable and safe to use for daily web browsing, though the features and content may change before the final product release.

What’s good about it is that when you try the Beta Version, your previously installed version of Firefox won’t be replace by the beta version. You’ll still have the option to use the Beta and the Non-Beta Version you have, but you have to fully close the Beta before you can use your previous Non-Beta Version and vice versa. Below is a screenshot of the New UI of Firefox 4. For me it’s somehow look-a-like of the Opera Browser if you’re familiar with the browser, they almost got the same UI (User Interface) style. To try and check out Opera, click here. To try out Firefox 4, click here.

So try it out! Just click on the link below to download. Filesize is 9MB Happy testing! 🙂

Tell us what you think!